Summer vacation in the Zillertal mountains

Zillertal Arena in winter means ski fun in the largest ski area of the Zillertal - in SUMMER, the region is a highlight for all sport and mountain enthusiasts! One reason for this is the breathtaking mountain scenery. The numerous activities available to every visitor are another. Whether it's an enjoyable hike, an extensive bike tour on the mountain or in the valley, a hearty meal in a rustic alpine hut, or fun and action for the entire family - there's something for everyone in the Zillertal Arena. There are also many highlights for action fans! The Arena Coaster, the Arena Skyliner, Flying Fox, Single Trails, climbing trails, water adventures like rafting and canyoning, paragliding, and much more!

The Spruce Tree Castle (Fichtenschloss) on the Rosenalm in Zell am Ziller is a paradise for the whole family. Climbing, sliding, exploring the spruce wooden ball track and the hammock forest, discovering the water and sand play areas and enjoying the magnificent view – there is plenty to do! According to the legend, the castle was built by the mystical spruce sprites. When they got tired from building, they needed somewhere to rest and relax, so they expanded their habitat – to the delight of visitors – to include the new Spruce Lake!

From summer 2020, the Spruce Lake (Fichtensee) will be in full bloom and the ideal place to improve your wood-lake balance! An observation deck offers views of the surrounding mountains, a boat rental centre invites you to go for a row, and the relaxation nooks and swings are the perfect place to relax. The Spruce Lake offers attractions for visitors of all ages. The cosy, buggy-friendly ‘Alm walk’ links the Spruce Tree Castle with the Spruce Lake and the Rosenalmbahn mountain station. Additional highlights such as a stand-up paddle rental, diving platforms, shaded areas and much more complete the Spruce Lake area. 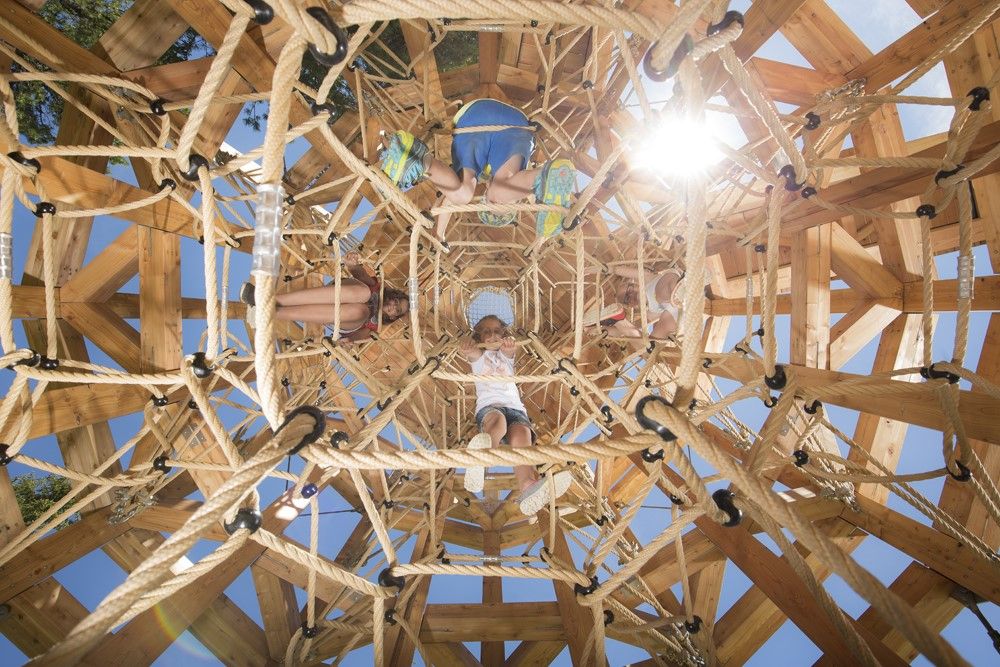 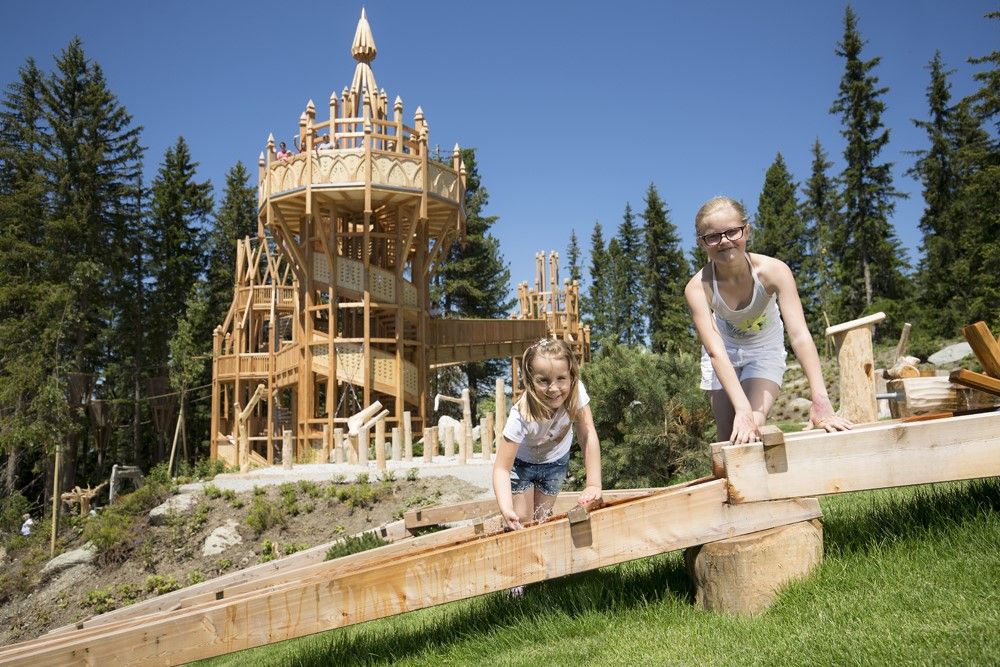 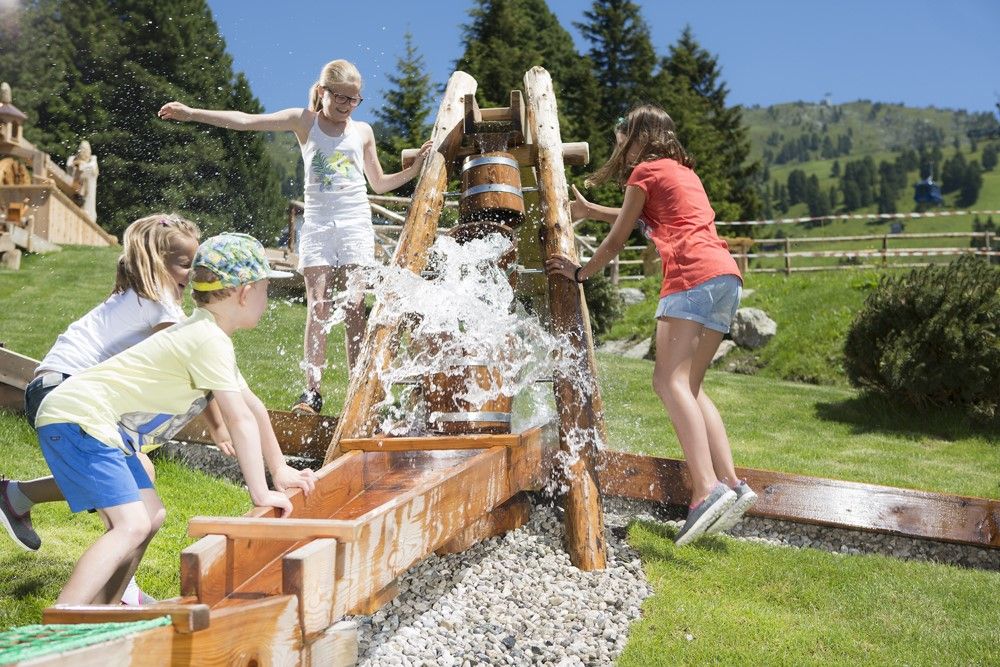 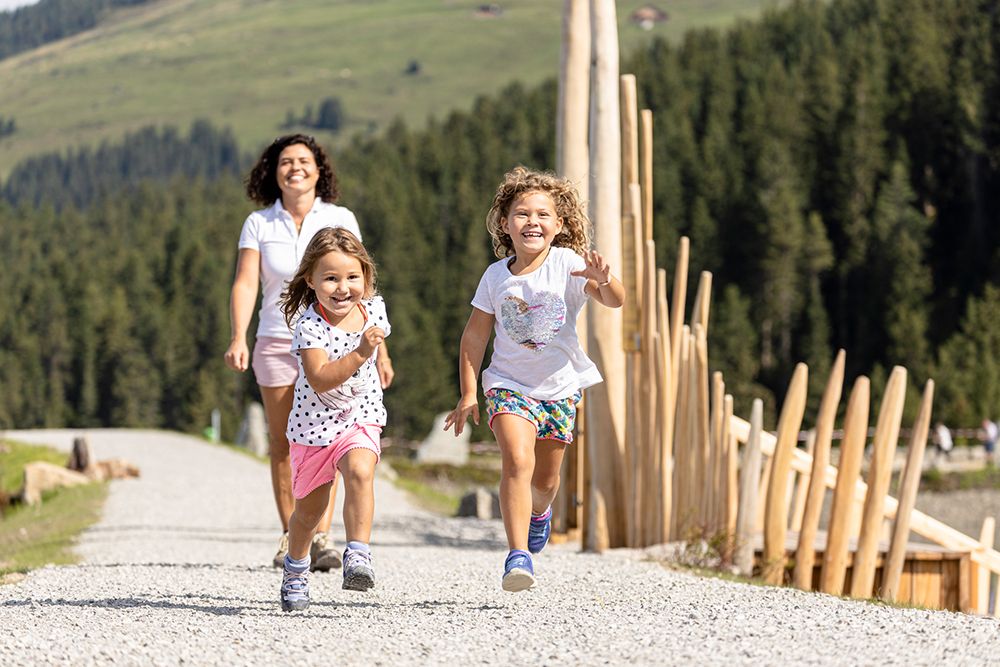 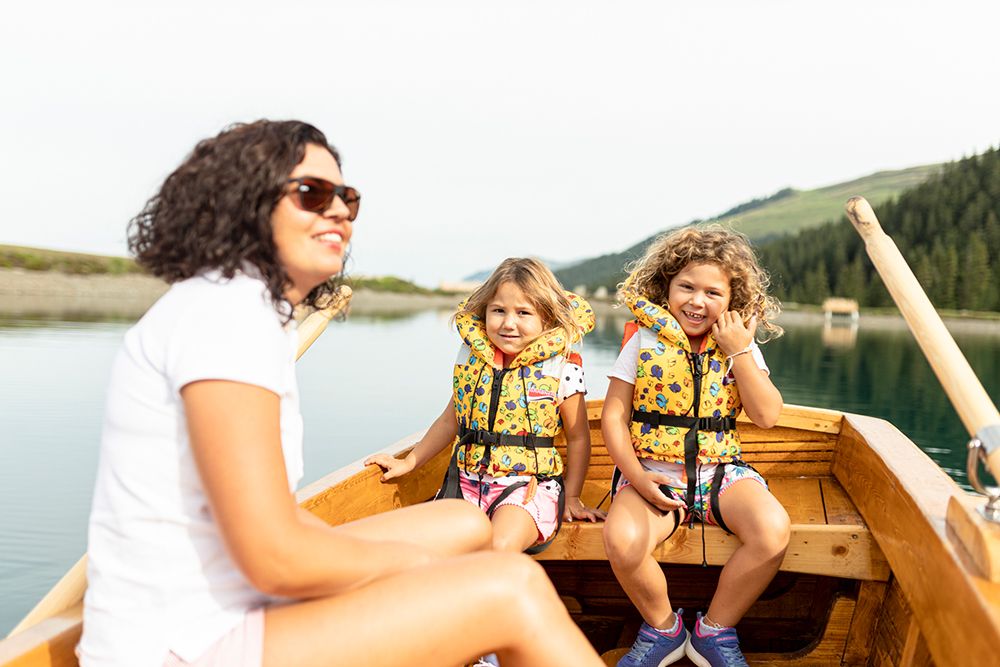 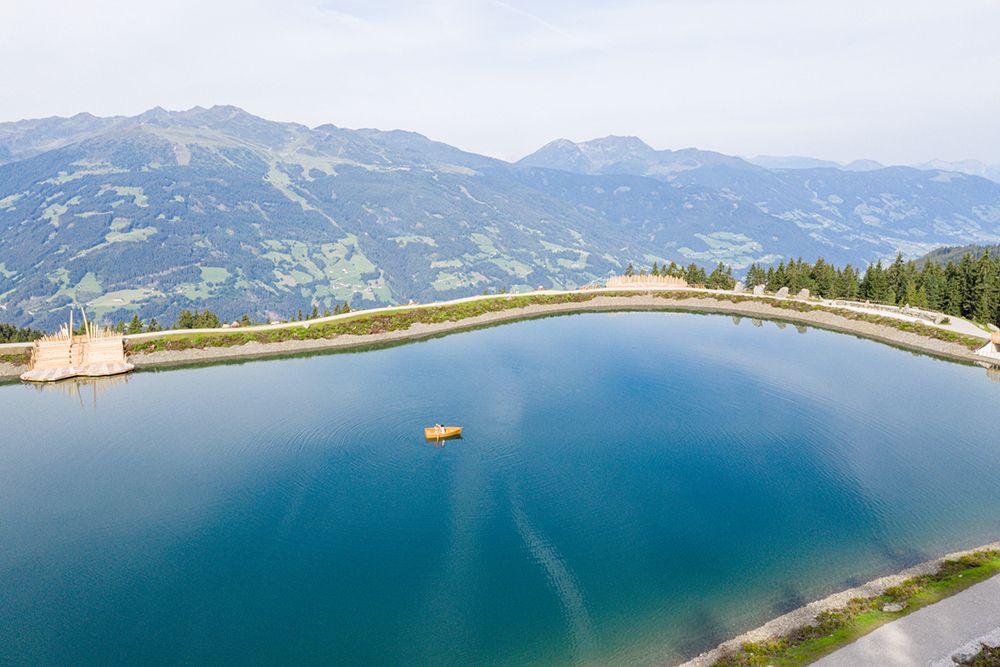 The leisure park in Zell offers many options for tennis lovers. On the 3 indoor courts with their two glass fronts you can enjoy a fantastic view of Zell and its surroundings even while playing. During the outdoor season, 4 outdoor courts and a tennis training wall are ready to be used. Have something to eat and a well-deserved drink in the café-restaurant with a panorama view of the Zilertal mountains!

Every year, the Gauder Fest - Austria's biggest spring and traditional-costume festival - takes place on the first weekend in May, featuring a whole series of different attractions. The festival officially begins with the ceremonial tapping of the beer keg and the so-called "Gambrinus" speech. The highlight of the Gauder Fest is the traditional procession on Gauder Sunday that includes heritage groups and musicians sporting colourful folk costumes, historic coaches and floats, horse- and ox-drawn carriages. Over the years, this has developed into the biggest event of its kind in all of Austria.

The Gauder Fest as we know it today was born from the tradition of the great Alpine church fairs that existed in previous days in all the bigger villages. One of the biggest and most popular was the Gauder Fair in Zell am Ziller on the first May weekend. After the long, hard Alpine winters, the farmers and merchants came from Salzburg, the South Tyrol in Italy, and of course from all over the Tyrol.

As far back as the year 1428, Venetian merchants who traded with the Zillertal mentioned the Zell fair and market. Even back then, the local brewery, known today as "Zillertal Bier", was connected very closely to the festival: on the first May weekend, the master brewer opened the doors and gates of the Gauder estate. So the name "Gauder" stems from the farm "Gauderlehen", on whose premises the festival was originally held. This Gauderlehen, which belongs to Zillertal Bier, is situated at the eastern edge of Zell. In 1861, a special "Gauder House" was built and cleared every year for the festival visitors. The tradtion of holding the festial on the "Gauderlehen", was kept up until 1950. Since then, the festival takes place in the village centre.

The last September Sunday is the day the cows return from numerous alpine pastures to their cowsheds. The return of healthy cows is marked with a great festival. Farmers drive their decorated cattle back home to their farms. They are celebrated by countless guests and locals.

The festival of the cattle drive is celebrated extensively. Fun and entertainment with Zillertal music, farmers' market, "Schuhplattler" folklore groups, and much more. At the farmers' market you can experience old Zillertal craft and art, and there is a lot of traditional food to enjoy, from Zillertal and Tyrolean specialities such as "Zillertaler Krapfen" and "Melchermuas", and you can buy schnapps, honey, and cheeses directly from the farmers who make them, as a special souvenir to take home and remember the festival by. 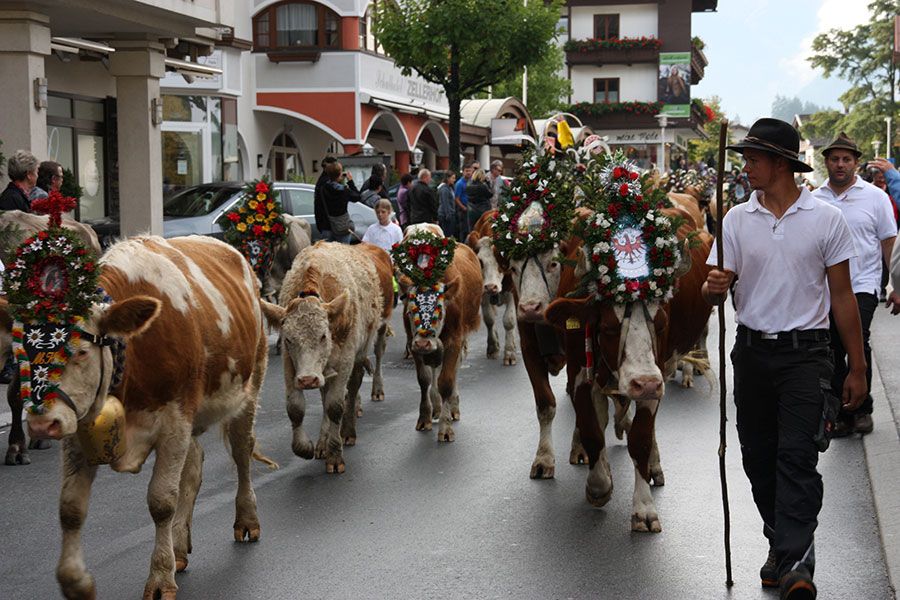 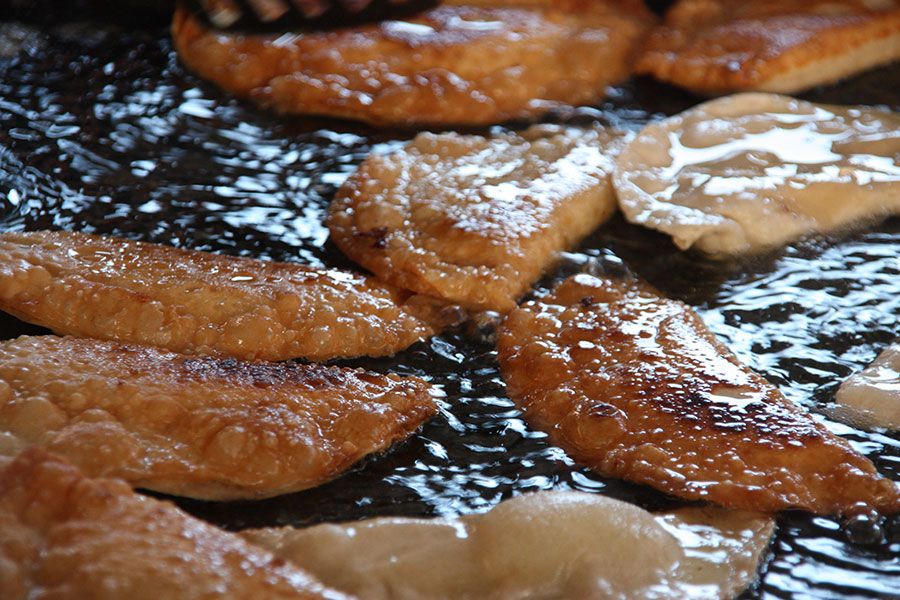 Little is known about the farmhouse that now forms the basis of the Zillertal Outdoor Museum to the south of Zell. In the part of Schwendau known as Burgstall the building was likely erected in the year 1713 - documented by the roof's crown beam. The estate was bought by two bachelors in the second half of the 19th century and then had a number of different owners over the years, until it was sold by its last owner to the Kiwanis Club Zillertal. The Kiwanis Club then gifted this centuries-old building to Zell am Ziller.

Today, the "Ental" farm is the first historic object of the Zillertal Outdoor Museum and was followed by a traditional house chapel, another farm building, and an oven built from stone following old construction methods and designs. There are plans to complete this ensemble by a corn chamber, a well, and the typical farmer's garden that in the past belonged to every farm.

Email: This email address is being protected from spambots. You need JavaScript enabled to view it.